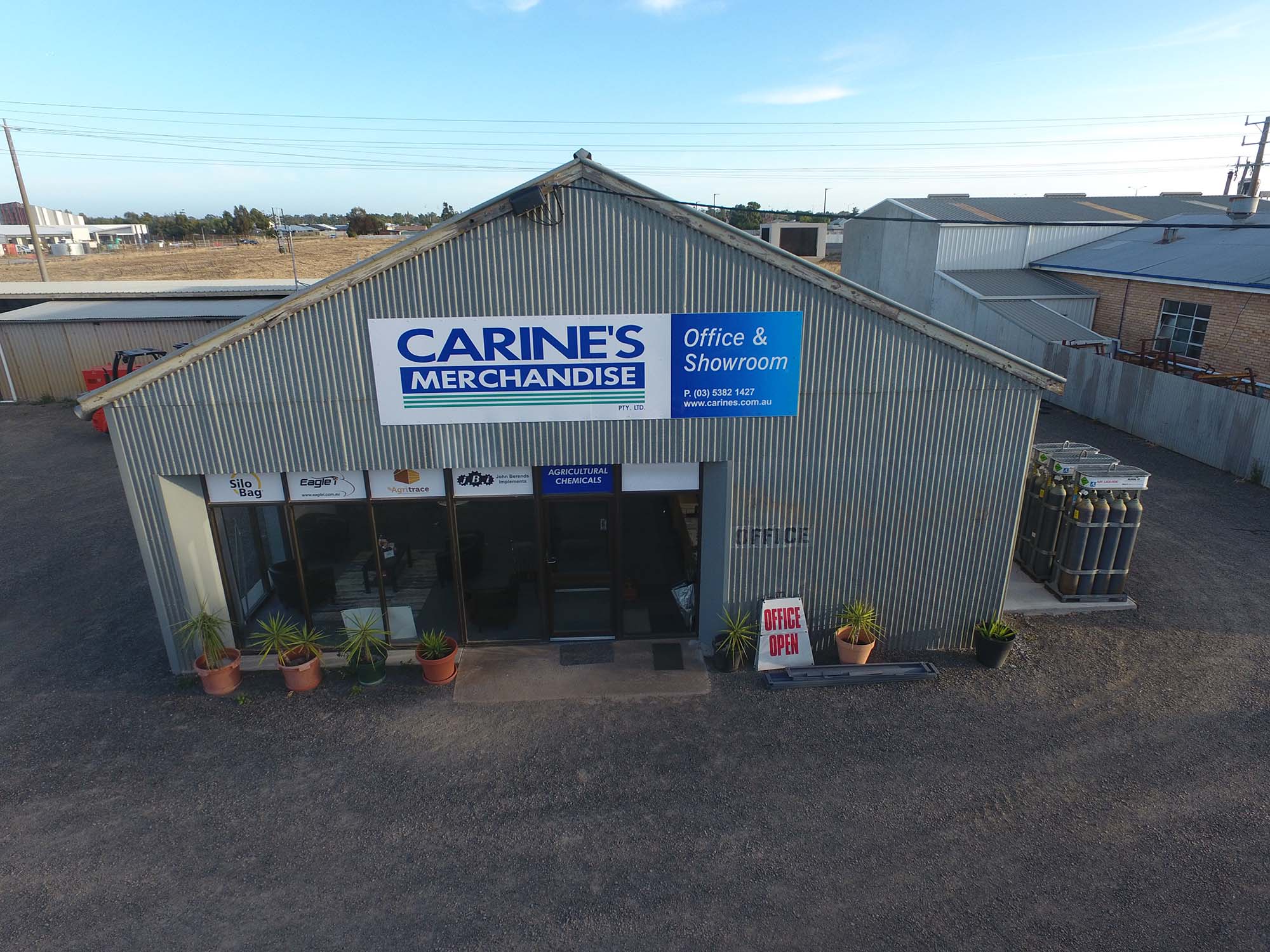 Established in 1995, Carine’s Merchandise started out by selling generic agricultural chemicals. Now, over twenty years later, we’ve grown to cater for all of your on-farm needs. With an ever-growing range of machinery and equipment, Carine’s is your first stop for everything from tillage and grain equipment to everyday farming machinery.

After stocking Everun equipment for many years, we took the next step in 2019 and became the official Everun OEM distributor for Victoria and the south east of South Australia. This role has given us access to the vast range of machinery on offer from Qingdao Everun Machinery. We are proud of the quality that Everun machines offer and we should know – our team completes assembly and service of each Everun wheel loader that passes through our doors.

In addition to being the distributor of Everun wheel loaders, forklifts and more; our agricultural machinery offering continues to grow. We now boast quality brands from Eagle i Machinery to Rovic spreaders, as well as a large range of grain handling equipment. This broad range of brands and equipment has allowed us to grow into a top name for farm related products for the Western Victoria community.

We’re continuing to grow and expand our range to equip you for all of your on-farm needs.

Carine's Merchandise is made up by a team of experts; all knowledgeable and passionate about our products. It’s the people behind the Carine’s name that have built and established the company into one you can trust. 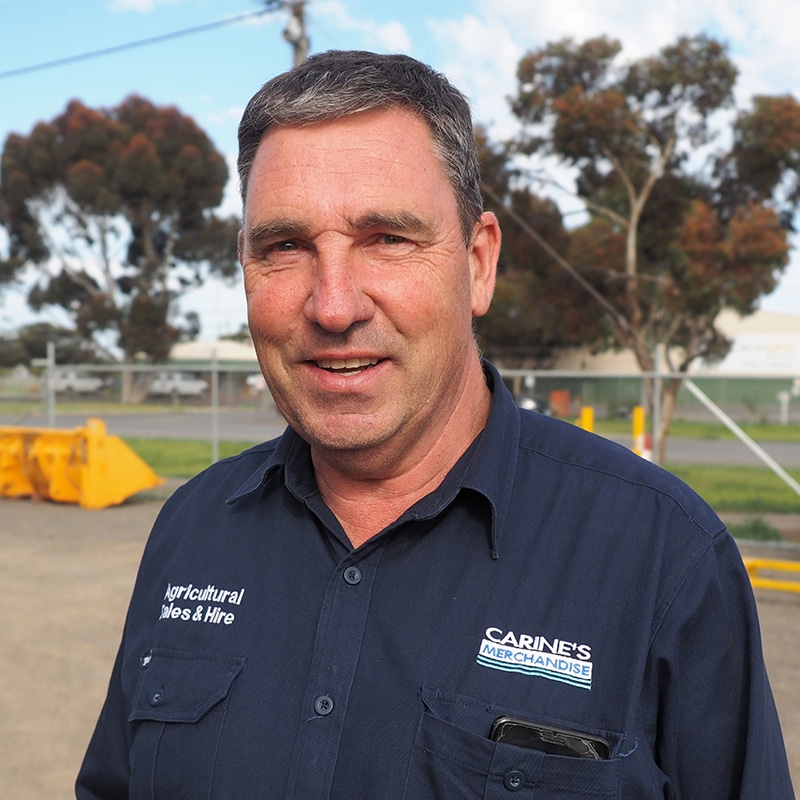 Andrew Carine is the proud owner of Carine’s Merchandise, with over 20 years experience in ag chemicals, and 15 in machinery beginning with Silo Bag and moving onto others.

With over 35 years business experience, Andrew is the only man for the job.

When he’s not working Andrew is heavily involved in many community clubs; he’s a former secretary of the Horsham Angling Club and Wimmera Anglers Association and is a past president of both the Horsham District Kindergarten Association and the Natimuk United Football Netball Club. 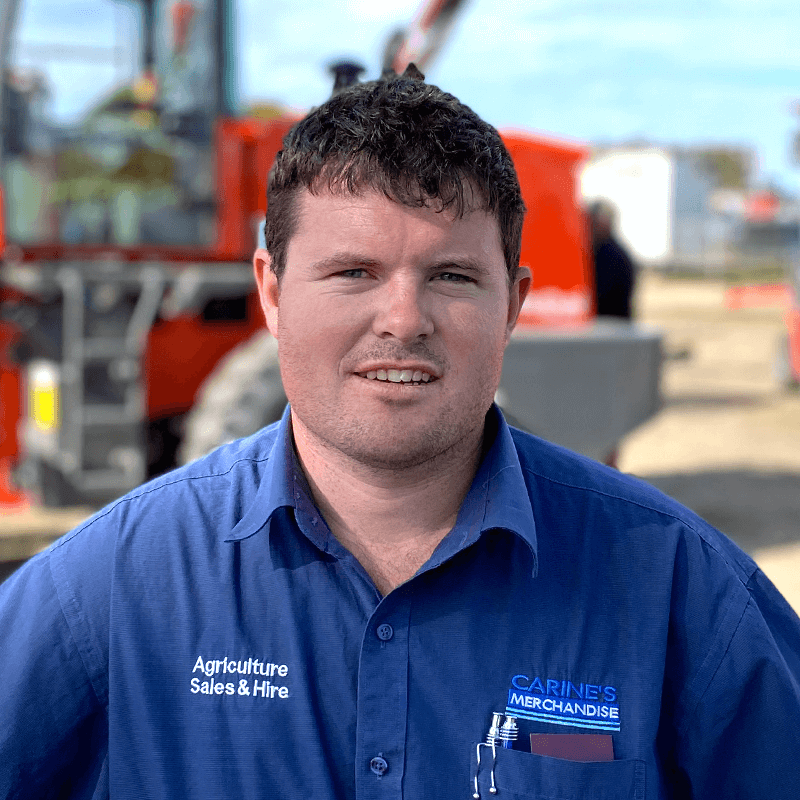 Originally from Tongala in Victoria, Jesse moved to Darwin at a young age to work on a cattle station just east of Mataraka, in the Northern Territory. He later worked as a diesel mechanic in both Alice Springs and Horsham, until moving on to driving B Doubles and working at Carine’s Merchandise.

In his down time, Jesse enjoys camping, 4x4ing and extreme long range shooting and reloading. He’s currently a member of the Natimuk rifle club and the Victorian Rifle Association and enjoys being a member of the local CFA Fire Brigade.